Feeling the breath of life while surrounded in subtropical nature

The Nature Island, Okinawa consists of 160 various sized islands in the sea area of about 1,000 km east-west and 400 km north-south.
The Island is the only place that belongs to subtropical oceanic climate and has a temperate climate throughout the year.
Stages of journey will excite one’s adventurous spirit even for adults.
The journey begins with “Yambaru”—a location where rare animals and plants of the world exist; and then to Kerama Islands, where a designated national park locates.
Listen carefully to the sound of nature and let’s explore to the beautiful forest and the ocean.

Experience Okinawa’s pristine nature, a rich ecosystem evolved in the forests and the ocean 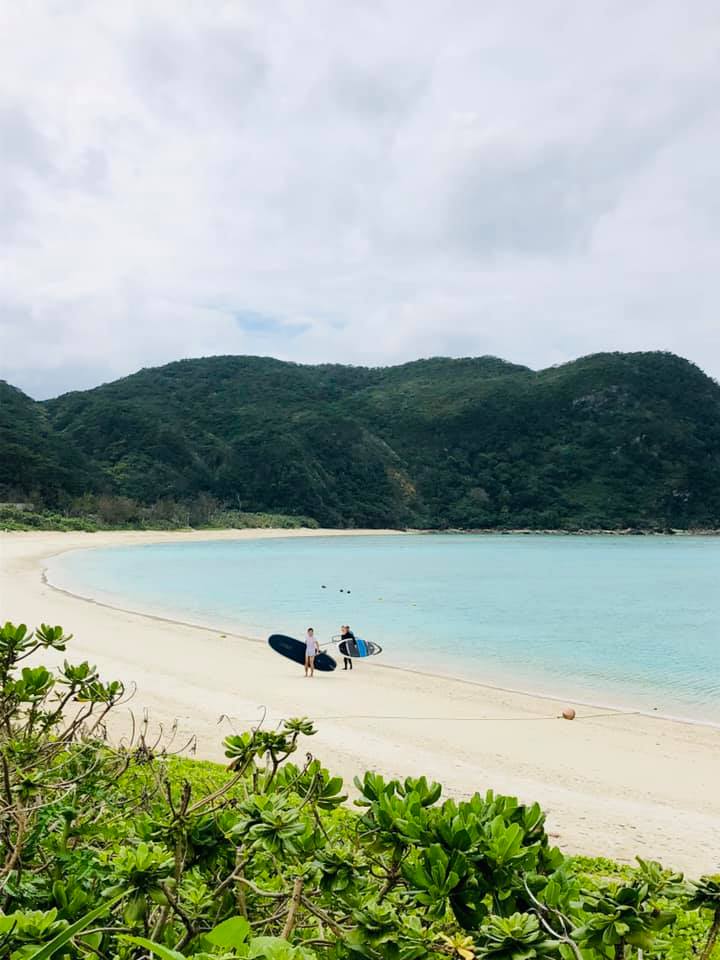 It is a recommended course to experience Okinawa’s pristine nature by visiting northern part of Okinawa Island and its surrounding—Kerama Islands.
Northern part of Okinawa, also known as “Yambaru” has evolved in its own unique way and many species such as Yambaru-kuina (Okinawa rail) and Noguchigera (Okinawa woodpecker) that are native to Okinawa live there. Due to this reason, the region is valued to be protected as World Natural Heritage Site along with Iriomote Island, Amami Oshima and Tokuno Island.
In the “Yambaru National Park” where the primeval forest spreads, one can experience the subtropical nature while encountering rare fauna and flora through activities like trekking and kayaking.
From the second day onwards, you will travel across to Kerama Islands (Aka Island, Zamami Island and Tokashiki Island) that designated as National Park in 2014. The surrounding ocean where 250 kinds of coral inhabit, is a paradise for sea animals. Experience activities like Nordic walking, whale watching, diving, and SUP (stand-up paddle boarding) and absorb the beautiful nature that can only be experienced at remote islands. 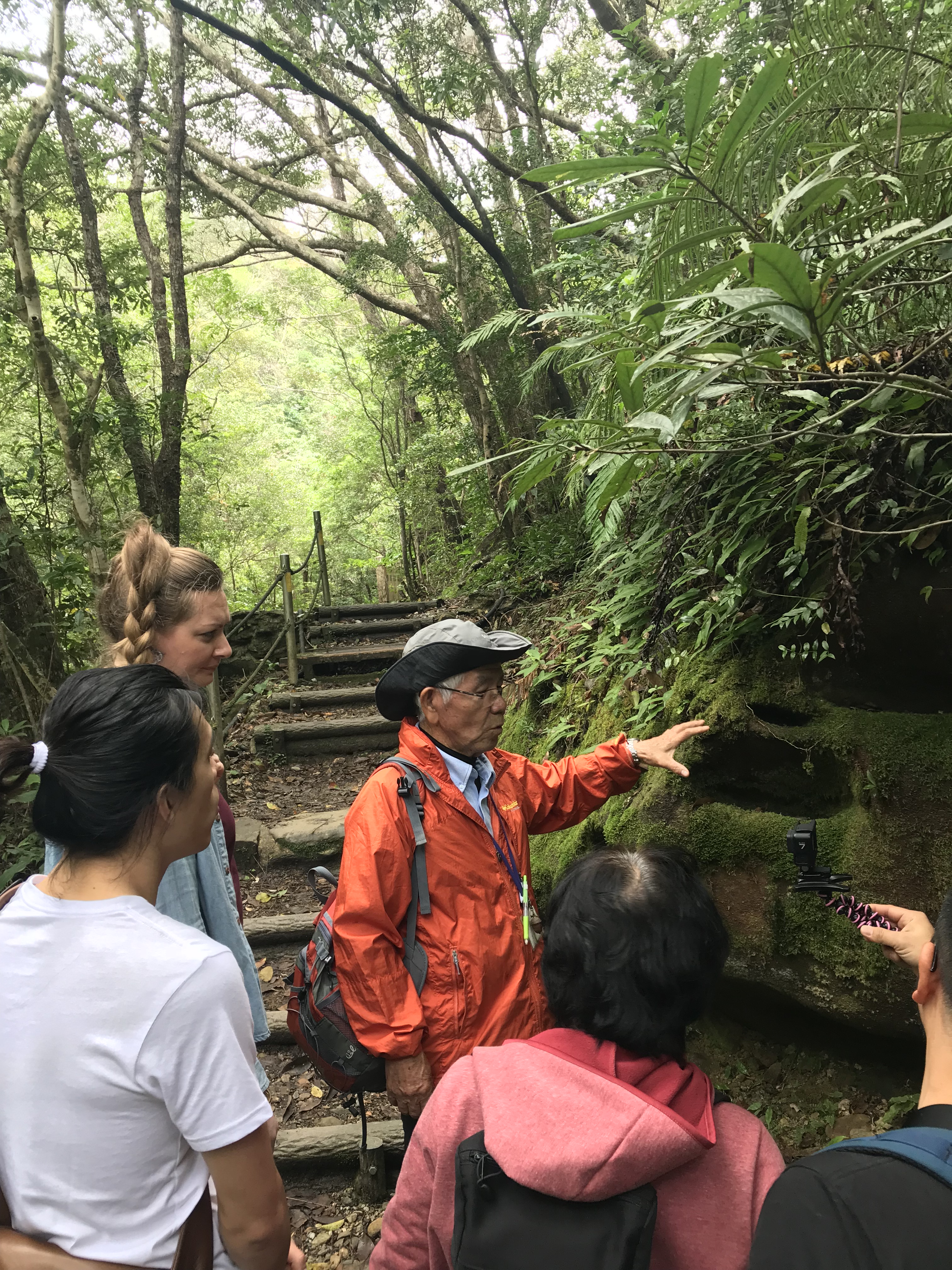 “Yambaru” is in the northern part of Okinawa main island with full of nature.
Along the coastline, jewelry-like emerald green shines endlessly as if guiding me to the land of paradise.
Japan’s largest subtropical forest is a jungle full of gigantic plants with various types of tree ferns.
As I headed further into the waterfall led by the colorful butterflies and dragonflies, I met a cute forest inhabitant “Kinobori-tokage” (Okinawa tree lizard) by chance, and if you listen carefully to the sound of nature you will hear the beautiful singing voices of birds.
The forest filled with breaths of life gently stimulated my senses. 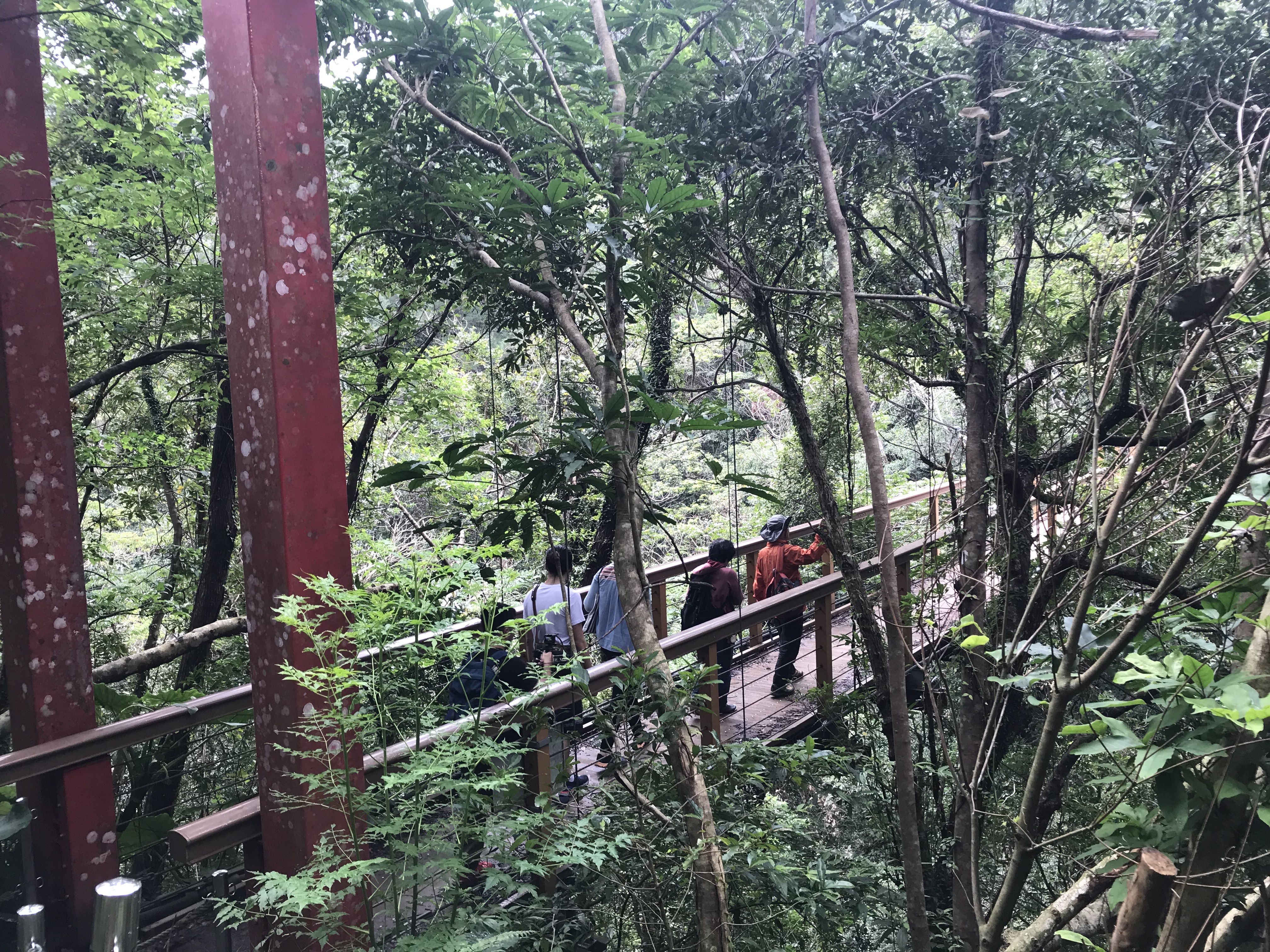 To the beautiful islands where the enchanting “Kerama Blue” waits 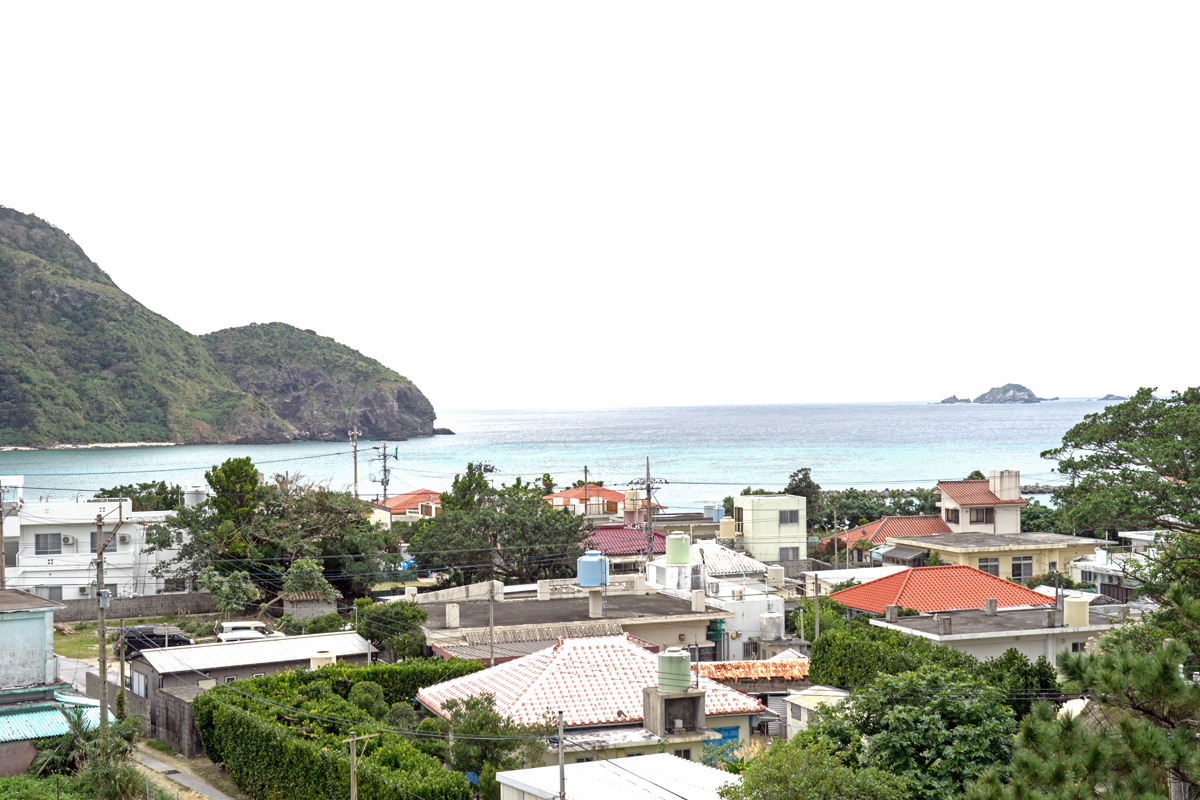 After enjoying the adventure tour of rowing through mangroves with kayak, next was the voyage to Kerama Islands from the main island of Okinawa.
Since there is no car to rent at the first stop to Aka Island, I decided to join the Nordic walking tour to enjoy the stroll of 12 kilometers around.
My heart was captivated by the Kerama deer (National Natural Monument) I encountered unexpectedly, and the enchanting sea known as the “Kerama Blue”.
I continued to my next destination, Zamami Island. 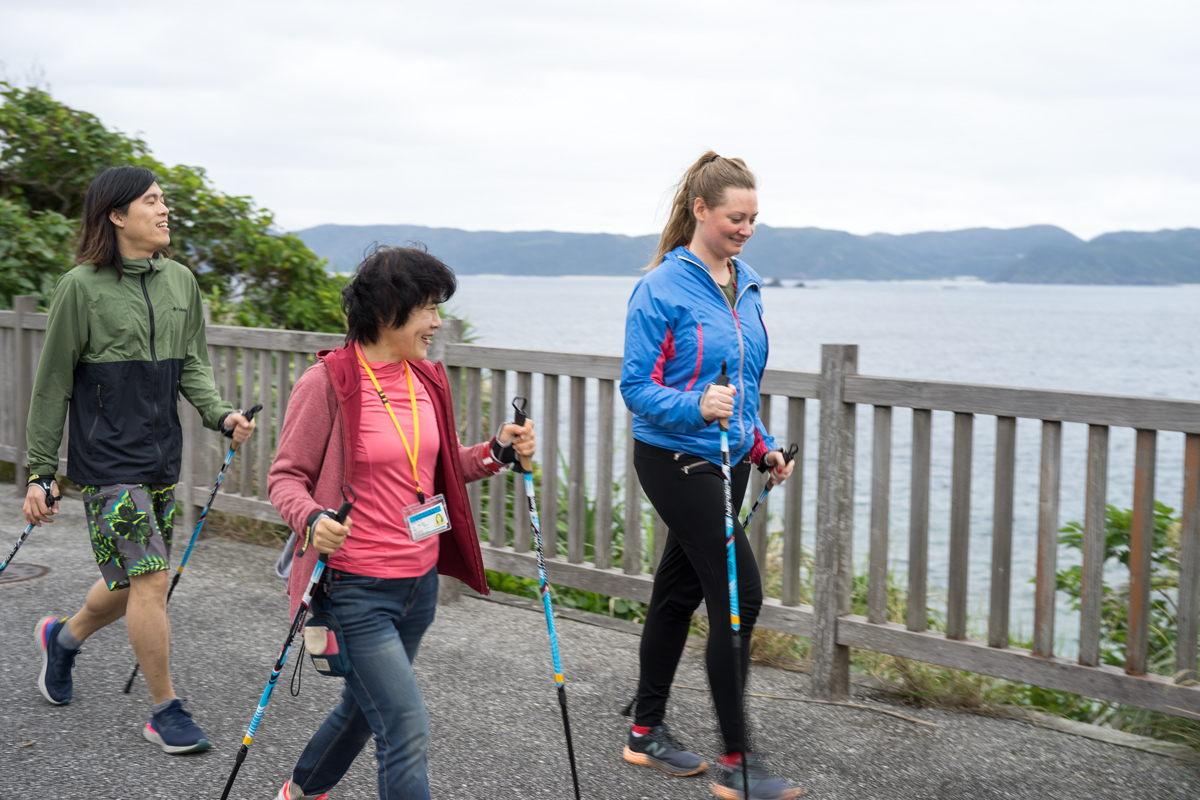 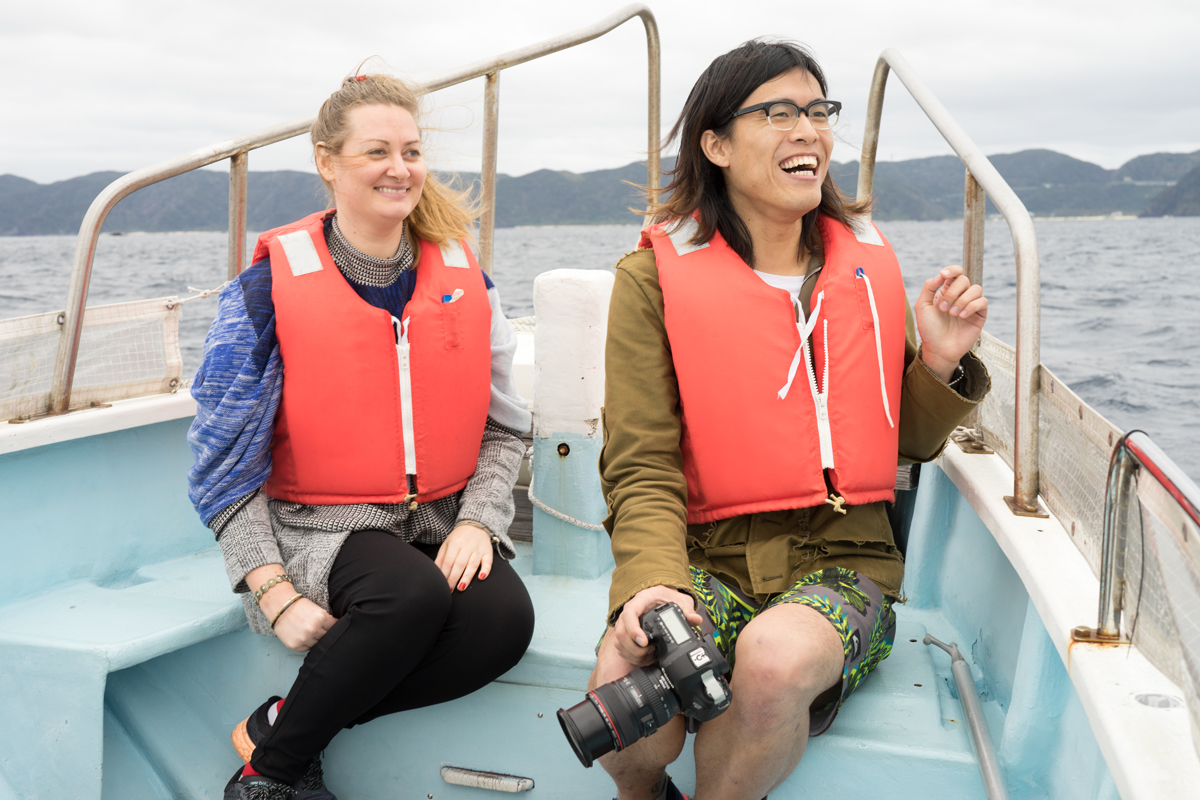 Zamami Island rated a 2-star by the Michelin Green Guide along with Iriomote Island, Taketomi Island and Ishigaki Island.
From the end of December to the beginning of April, humpback whales also travel thousands of kilometers to come to this warm sea to breed and raise their young ones.
What appeared in front of my eyes could be a mother and its precious calf swimming so closely together.
One of the whales gave us a dynamic performance with humongous splashes as if to show they are welcoming our meeting. 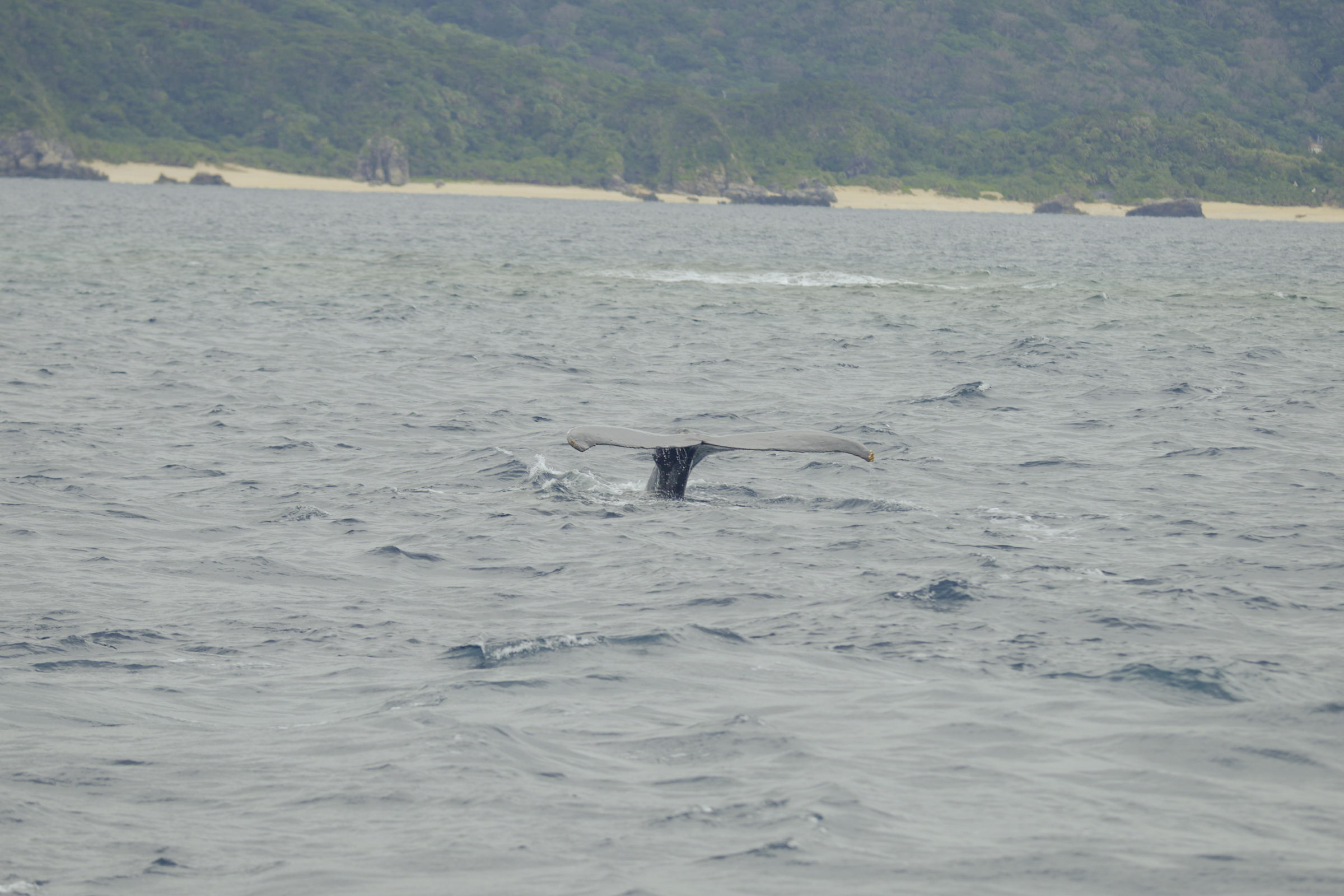 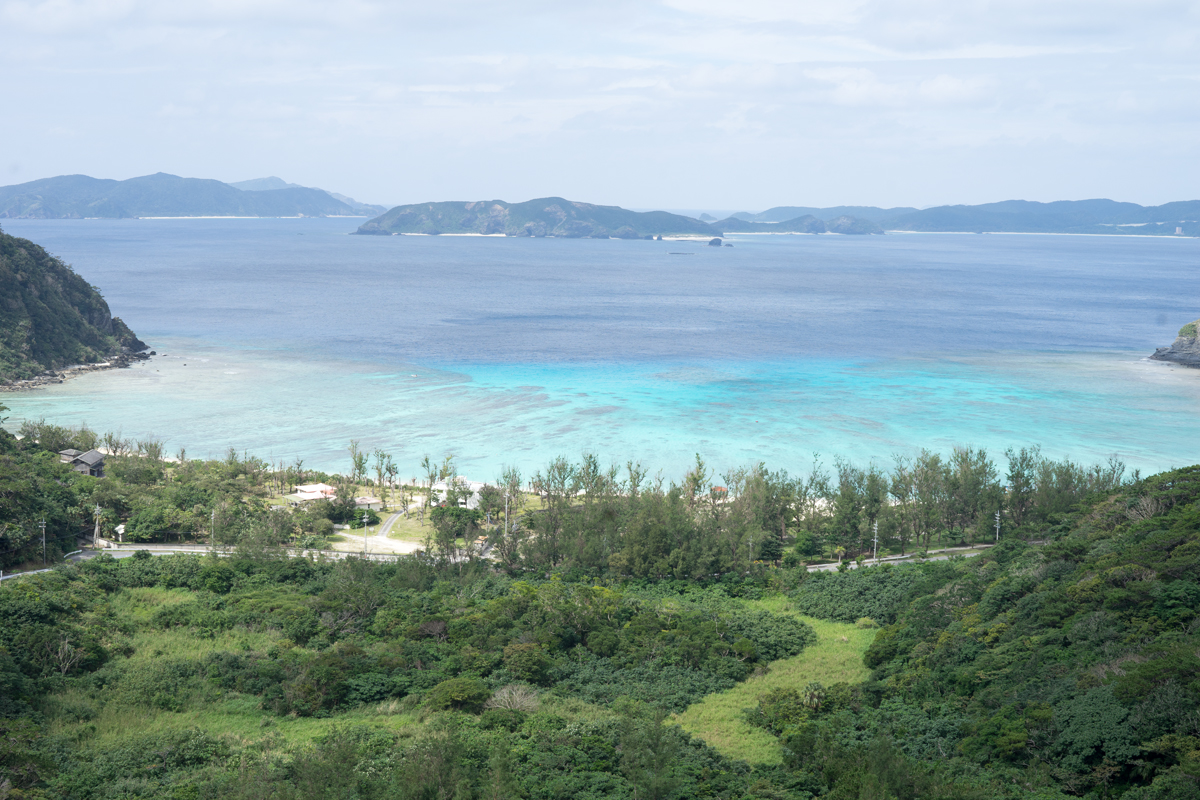 The next stop was Tokashiki Island—the biggest island among Kerama Islands.
It is rare to see mountain ranges in isolated islands around Okinawa Main Island, which creates an impressive scenery of mountainous green and oceanic blue merging together.
If you jump into the world of underwater, endless ‘blue paradise’ spreads across your vision.
The fish of the southern country swim pass each other around coral reefs, sea turtles look as if they are flying in the sky as they drift gracefully.
My heart was being unwound by the magic of breathtaking beauty of the “Kerama Blue”. 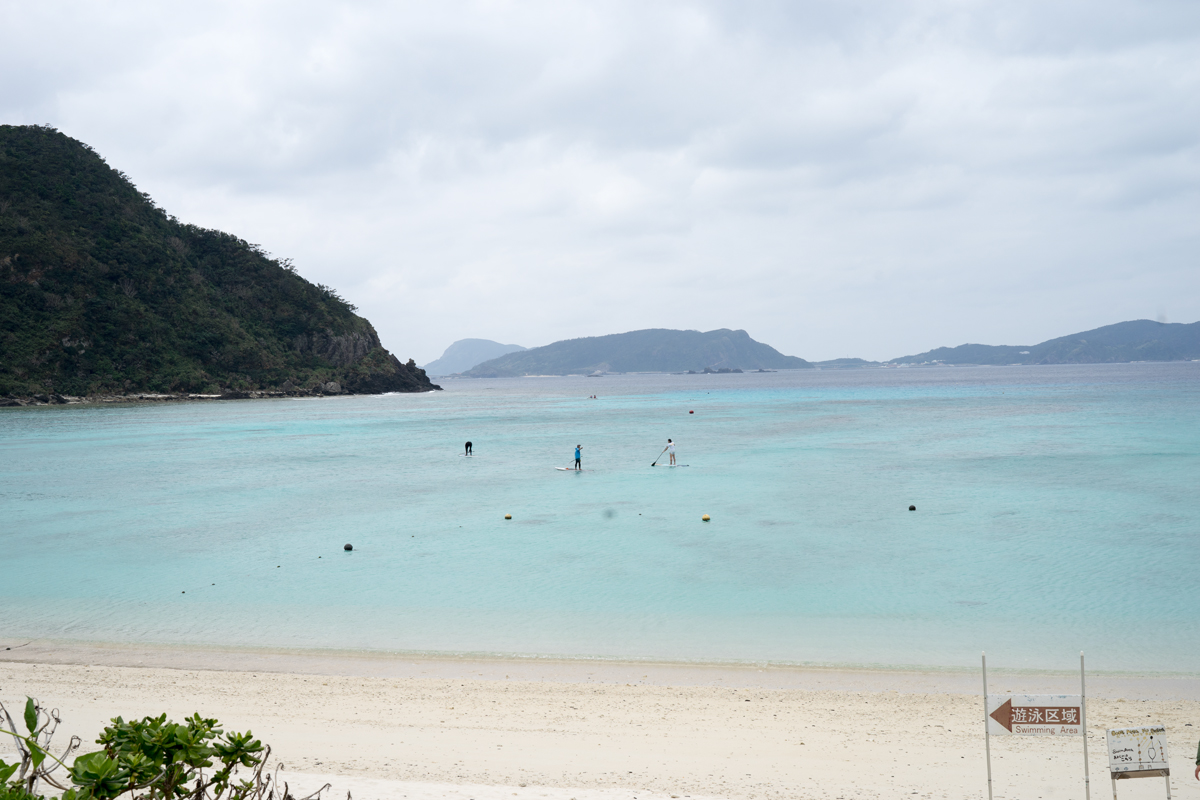 3 nights 4 days – a journey of visiting subtropical forests full of vitality and coral ocean surrounded in mysterious spirit, I was able to get in touch with a variety of living creatures that nurtured there.
I entrusted myself to the overwhelming scale of nature, and this allowed me to sharpen my forgotten five senses and reminded me once again that I am part of nature.
Beautiful sights that I encountered on this island will continue to shine forever in my heart and will never fade away. 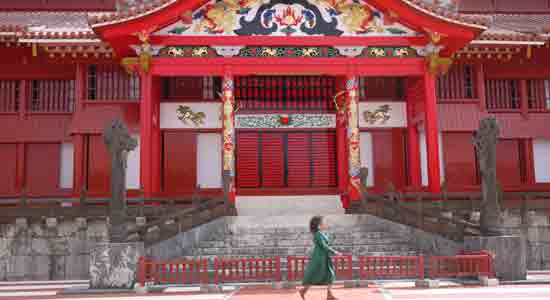 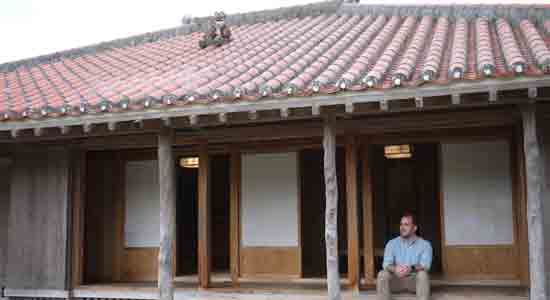 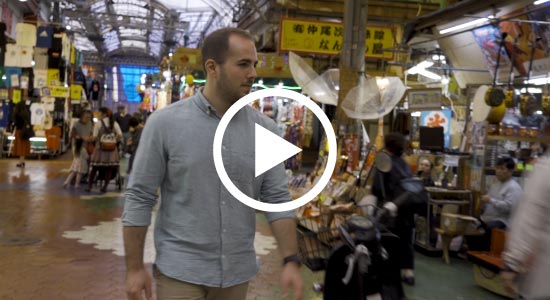 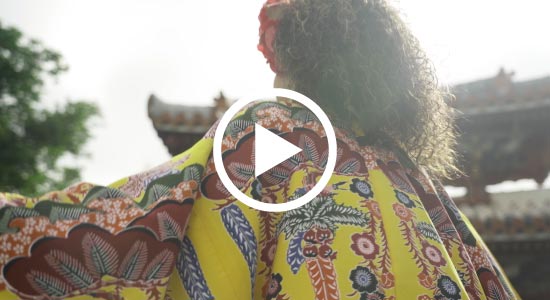 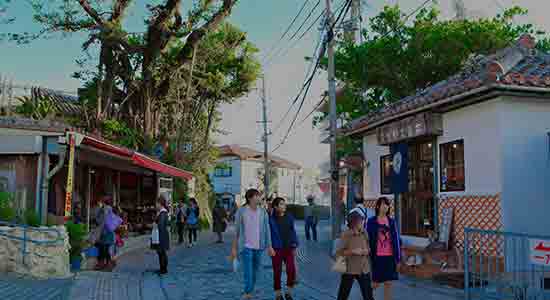 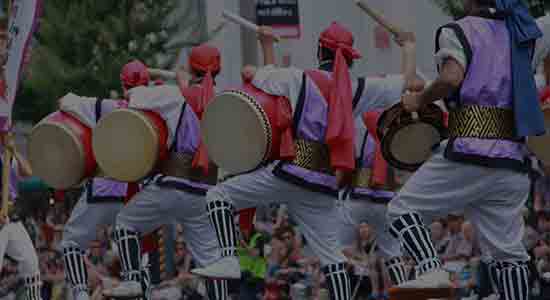 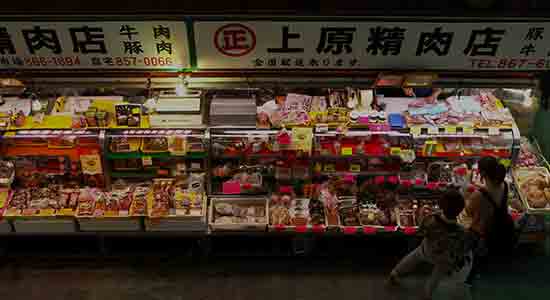 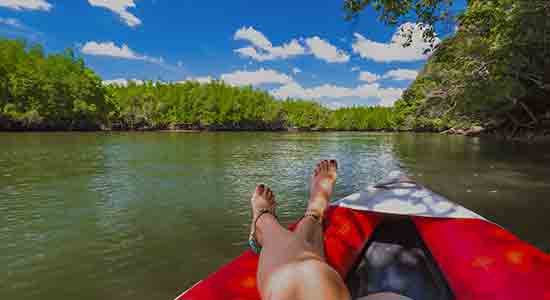 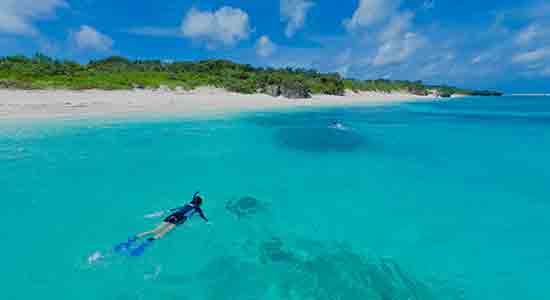 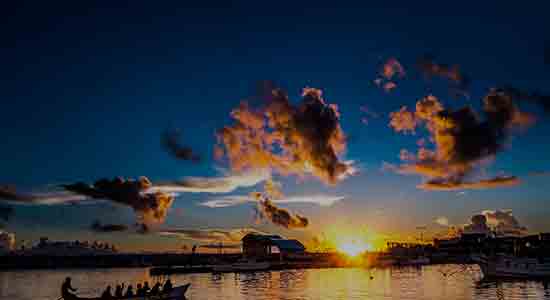 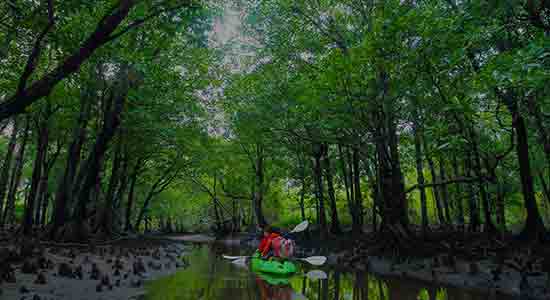 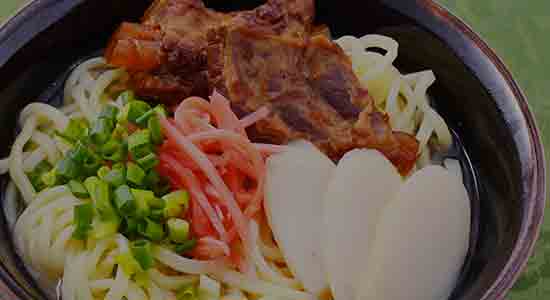